One of the many wonderful things about community-engaged arts education is the magic that happens when people come together.  There is nothing like collaboration between artists to put a smile on our faces.

In June this year, we developed a night of hip hop culture called Street Sounds.  In partnership with Evergreen a United Neighbourhood at Minnesota Park in the Simpson Ogden neighbourhood of Thunder Bay, arts programming was offered to more than 250 participants of all ages.  Local hip hop artist, Shibastik, and two dancers, Nicole Armstrong and Kaitlin Khubyar provided workshops in culture, lyric, music, art, and dance.

Shibastik, facilitated a hip hop performance and workshop for children and youth who attended the event.  He really knows how to work a crowd, and offers positive, thought-provoking hip hop performances that celebrate culture and tradition while positively addressing challenges of today’s society (We really recommend you check him out when you get a chance). 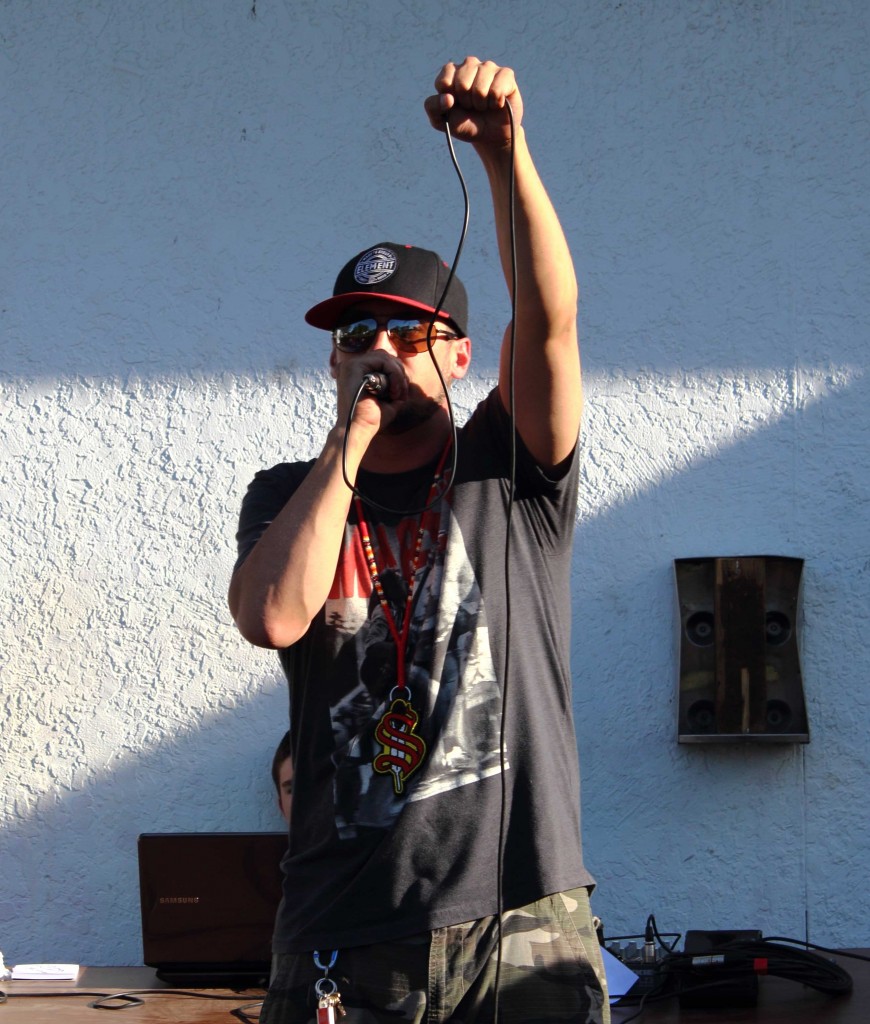 And what would a hip hop show be without the chance to bust-a-move?  While the children and youth of Simpson Ogden have some pretty fantastic moves all on their own, we thought we’d bring a little something extra along.  Local hip hop dancer, Nicole Armstrong, and breakdancer, Kaitlin Khubyar, joined us at the park and offered Hip Hop Dance 101 to anyone interested. Learners absolutely ate it up!  Before we knew it, people of all ages and abilities were stalling, stepping, and spinning like they’d been doing it their entire lives. 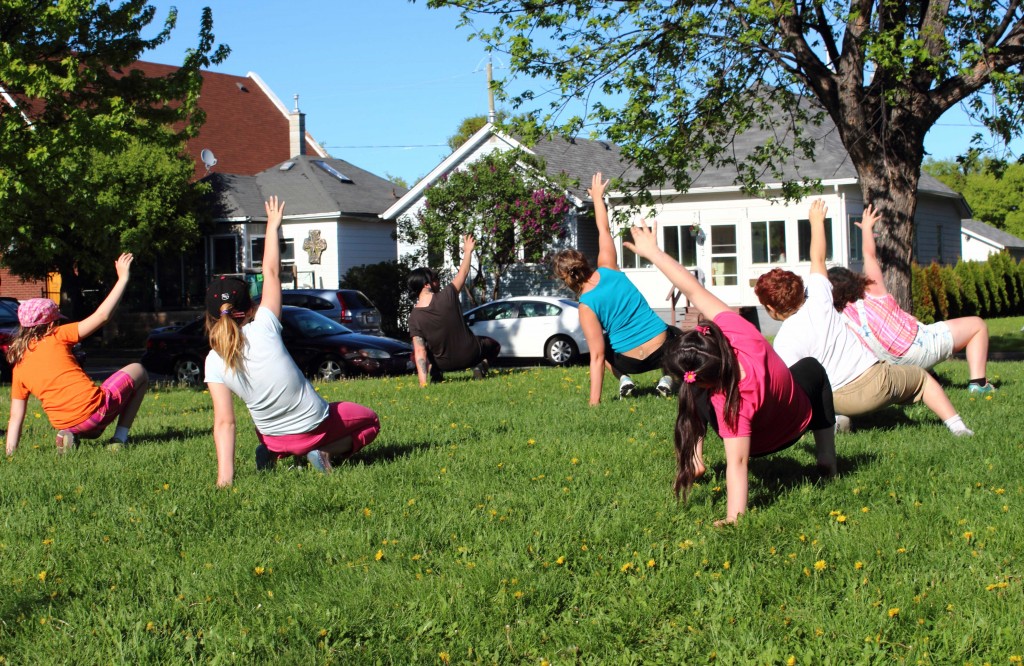 We also extended the invitation to local youth to contribute to the night, and we were blown away by what they brought.   People stepped up to become lead DJ’s/sound-people, film-makers, and photographers. 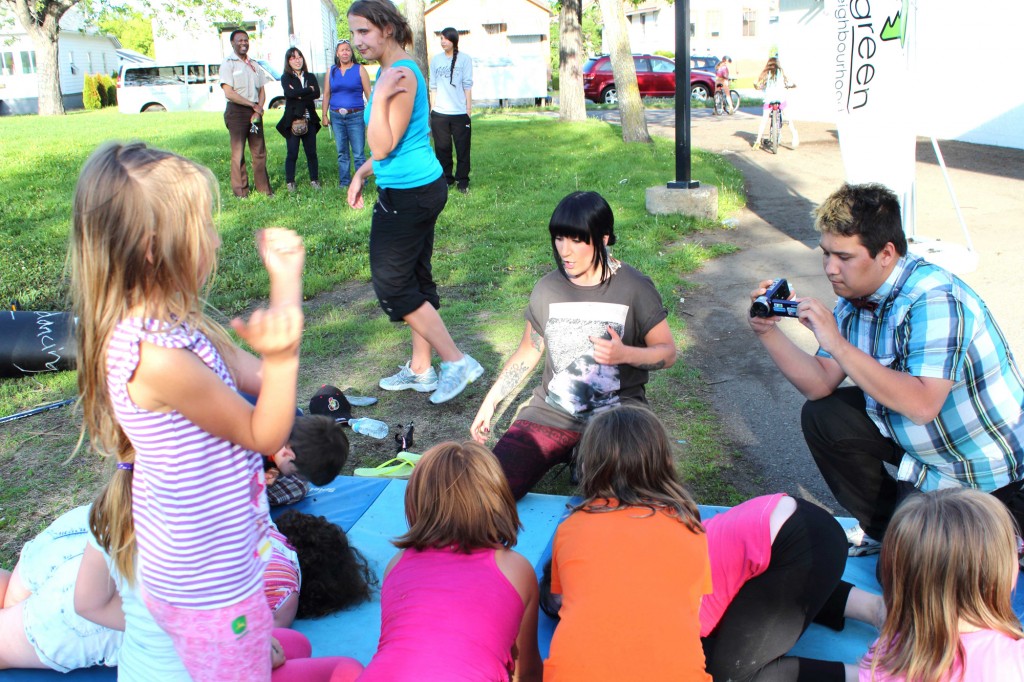 By the end of the night, everyone was really feeling the power of music and dance.  People had come out of their shells and were ready to celebrate what they’d learned.  The evening took an unexpected turn, and while Shibastik had already performed his set, he came back up for a second performance.  The children and youth who’d been learning to dance decided to get right up front as the performance unfolded.  They took turns leading a dance squad using the moves they’d learned (and of course improvising with a few of their own) while the park resonated with the inspiring beats and words of hip hop.

And that in itself, is pure magic. 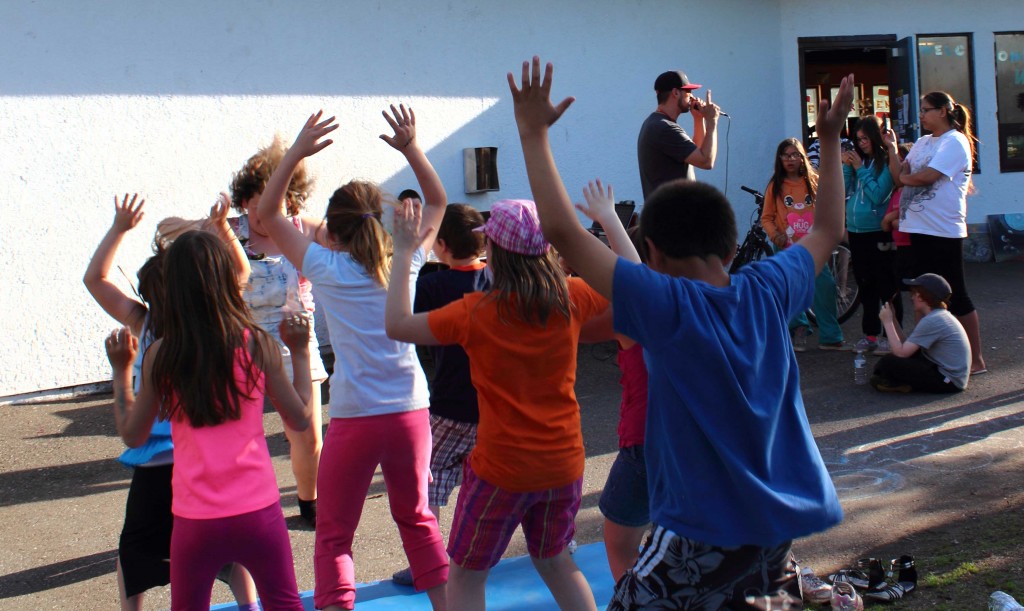 Some feedback from the night:

“Your words brought tears to my eyes..you have a beautiful mind…chimeegwech” (To Shibastik)
“Love this music.  Keep up the awesome job.”
“Awesome performers.  Such positive role models.”
“Street Sounds was great!”

Here are a few more inspiring moments from Street Sounds: 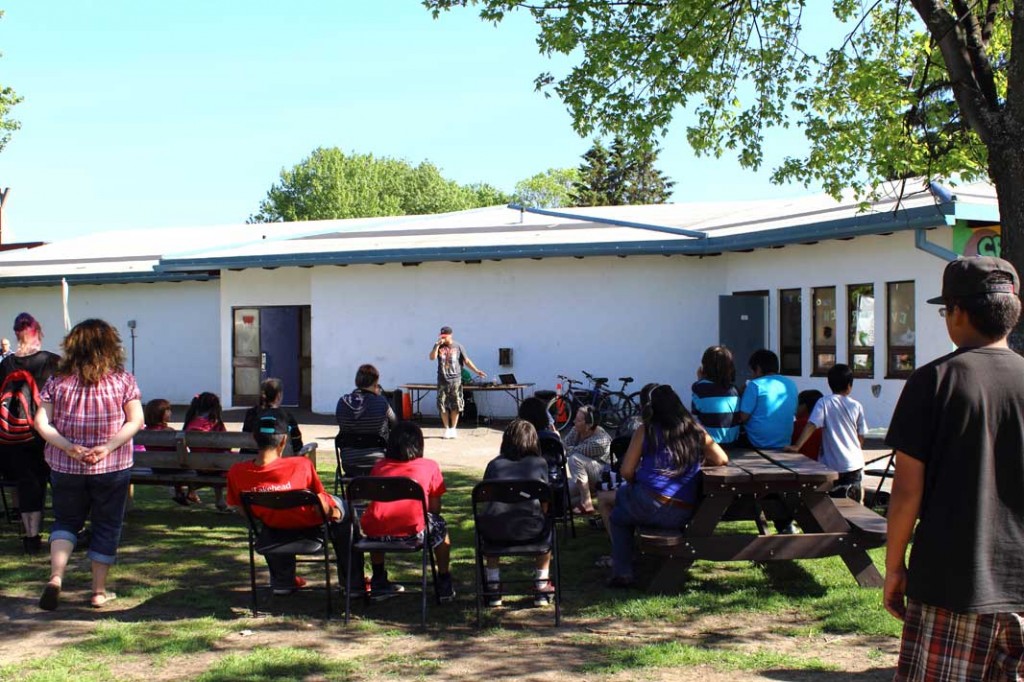 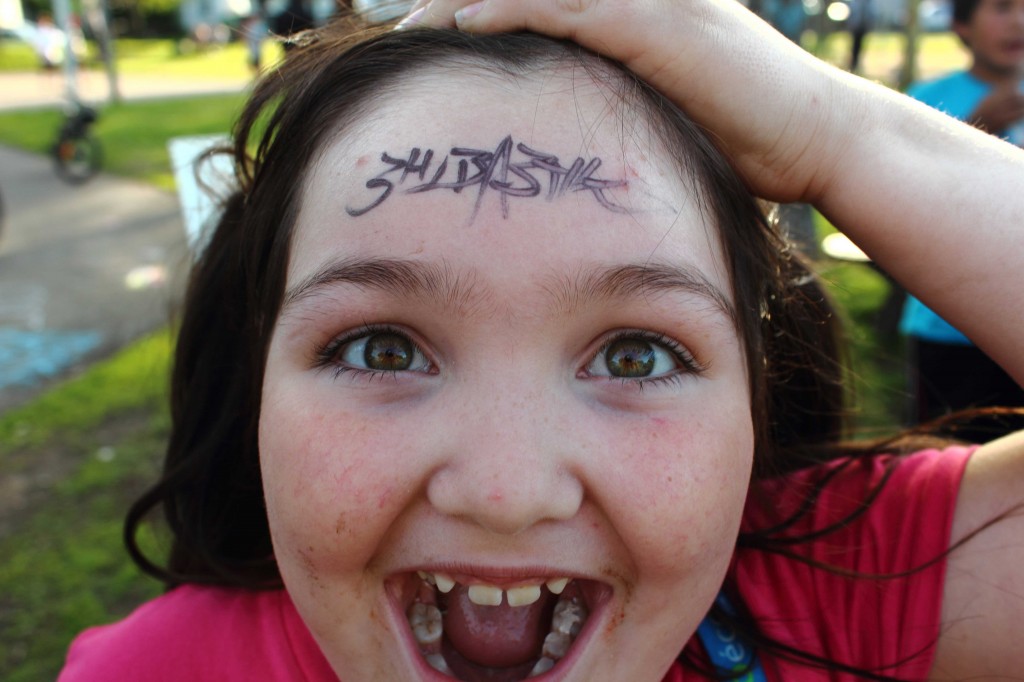 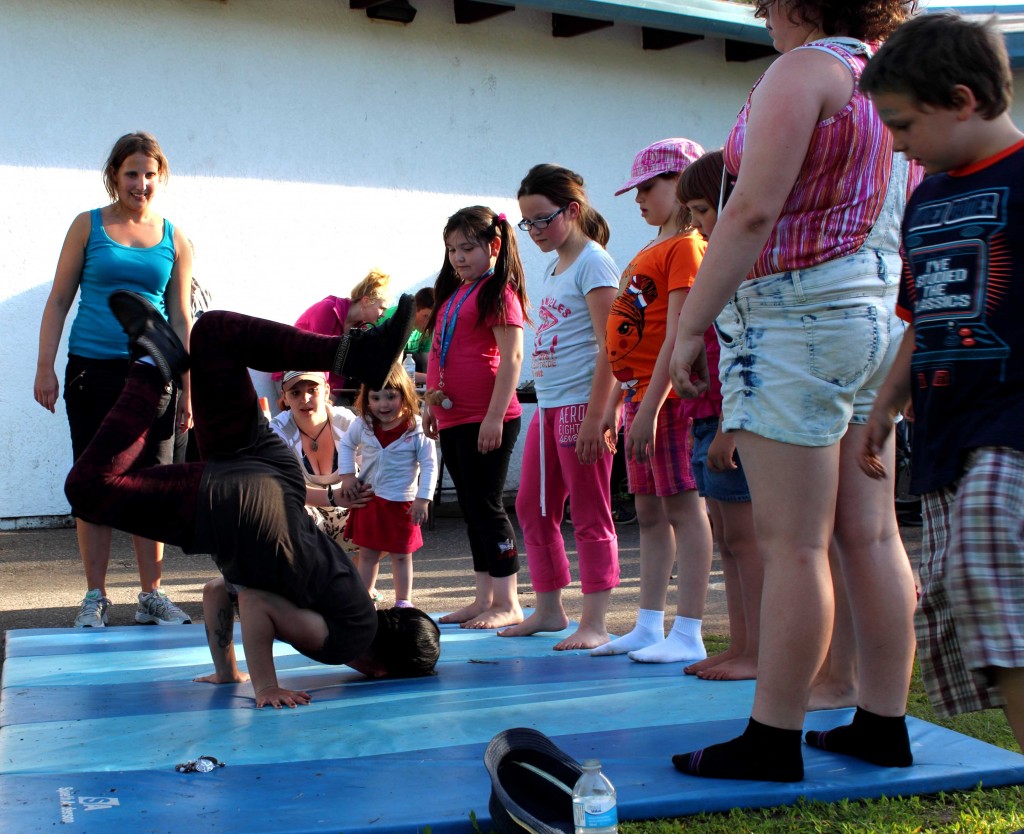 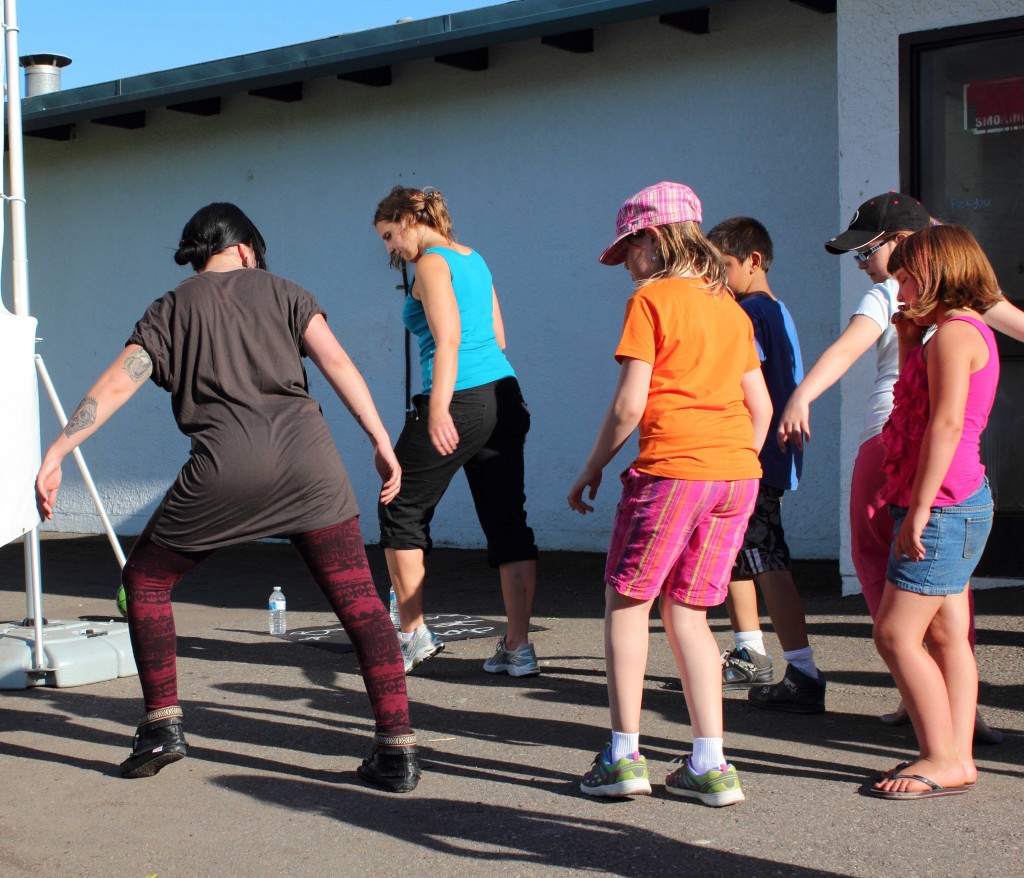 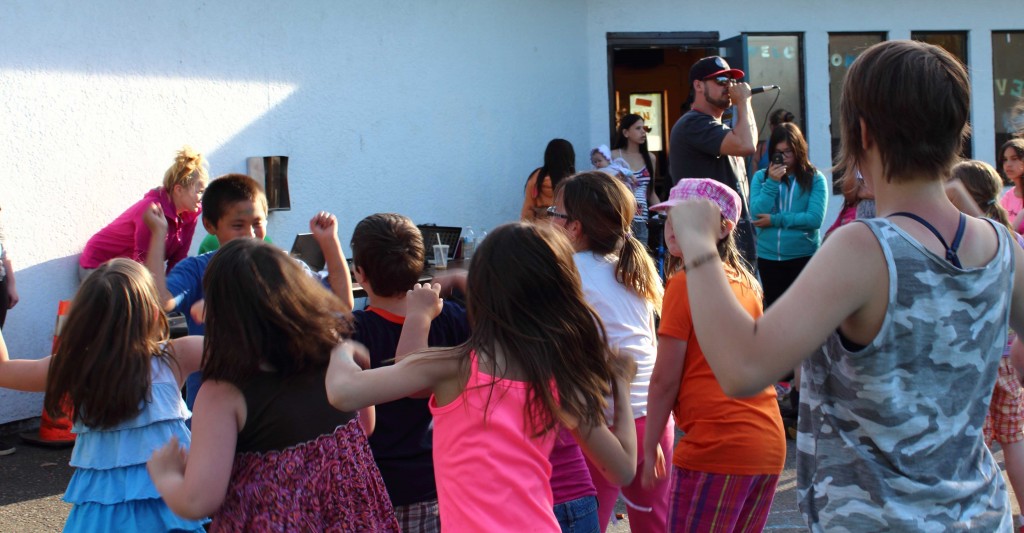 Are you interested in getting involved with CAHEP or do you have an idea for a new arts project?

Get in touch with us to learn more!